VALERIAN FOR CATS: DRUG OR ANTI-STRESS? DANGER OR NOT? 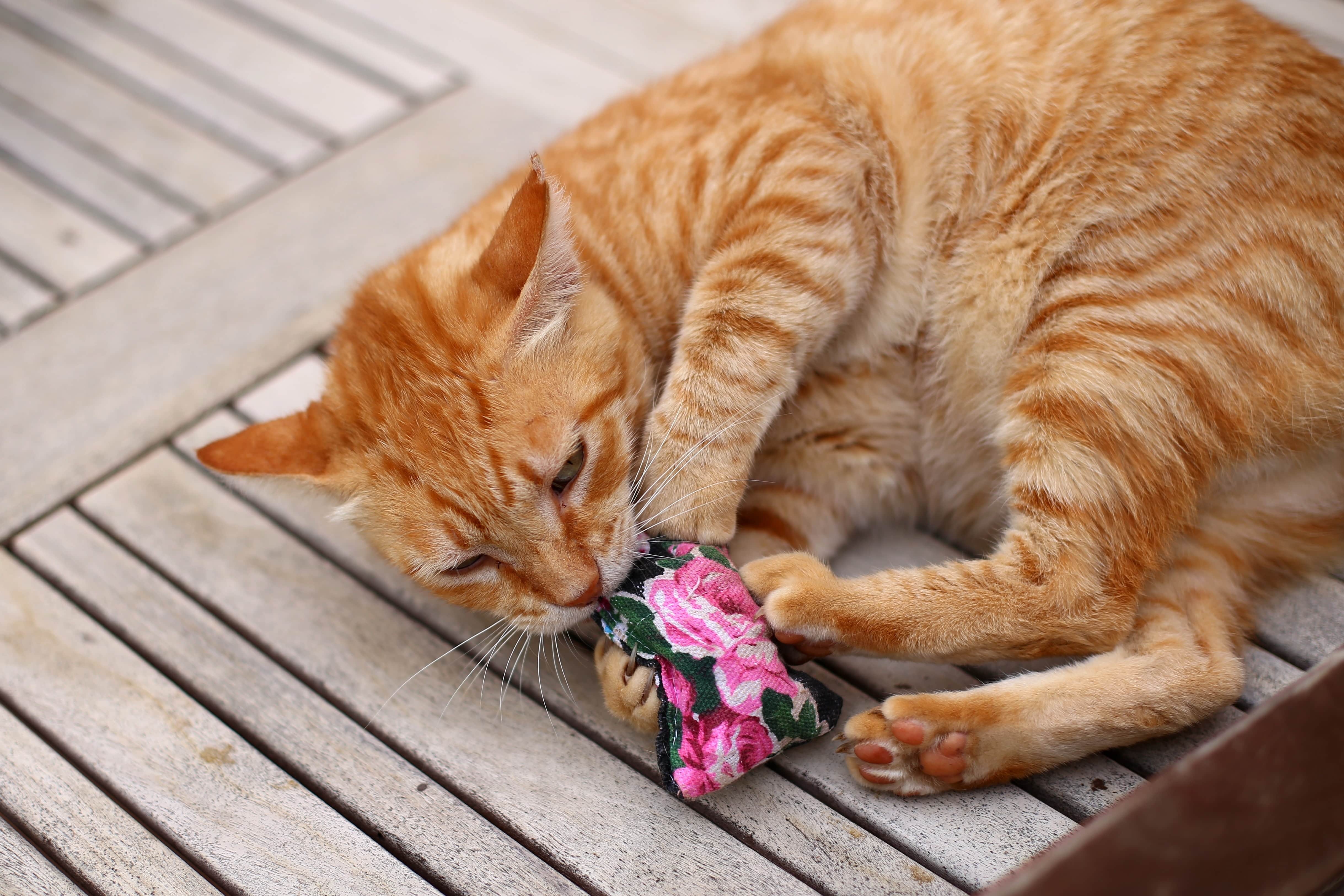 You have surely heard of valerian, this herb that is sometimes drunk as an infusion and which is said to have medicinal and soothing properties!

Well, you may not know it yet, but valerian is a catnip, that is to say a plant for which our friends the tomcats are the most sensitive.

Valerian root comes primarily from Valeriana Officinalis, an herbaceous plant with sweet-smelling white or pink flowers that grows around the world.

The root appears as a stubby, brown mass full of sticks and small, round balls. Fresh out of the ground, it's not very attractive, but with a little cleaning and trimming, it's perfect for cats.

The root of valerian contains an essential oil whose smell has an exciting effect on our four-legged friends.

VALERIANE IS A PLANT USED BY MAN FOR CENTURIES

This plant has been used by humans for a long time (since the days of ancient Greece and Rome!) as a medicinal herb. People most often use valerian in tea or dietary supplement form because of its calming effects.

THE EFFECT OF VALERIAN ON HUMANS AND ON CATS IS TOTALLY DIFFERENT!

This results in playful behaviors such as rolling over, rubbing chin and cheeks, meowing, pouncing, drooling and licking.

STIMULATING THE CAT THROUGH SMELL

As you already know, cats have a very developed sense of smell and certain essential oils or plant molecules have a euphoric effect on our cat friends. As part of valerian, it is actinidin which is contained in the root of valerian and which acts as a stimulant for our cat.

HOW DOES A CAT REACT TO VALERIAN ROOT?

So there are several possibilities: either he reacts positively and will be playful or euphoric, or he will not react at all, at worst a little embarrassed. For this catnip, there is a one in two chance that he will react positively to it (I speak of course for adult cats).

If he reacts, you won't miss the reactions… Cats often start rolling around, playing and getting excited. They may also drool. The sense of play that seems to be induced by valerian provides mental stimulation and often exercise, as cats like to run, chase, and pounce after being exposed to valerian root.

IS VALERIAN A DRUG FOR MY CAT?

The effect of Valerian is olfactory and there is no habituation phenomenon in your cat. The molecule is not metabolized by your cat and the effects usually only last between 5 and 30 minutes and young kittens who have not reached maturity may not react until they are a little older.

Keep in mind that the smell of valerian root is special. It is sometimes described as earthy, like cheese or maybe old socks, but cats love it!

IS VALERIAN DANGEROUS FOR MY CAT?

Valerian is not at all dangerous for your cat as long as it is used by the latter in the context of the game. It can ingest small quantities, this does not pose a problem.

Valerian therefore has an exciting and playful effect and is often used as a stress reliever for cats!

Last, but not least, it stimulates your cat and gives them the courage to exercise! Very good for cats who are a little plan plan!

WHY USE VALERIAN FOR CATS?

There are several obvious uses for valerian for cats:

-play with your cat and arouse its curiosity;

-encourage him to use one object (the scratching post for example) rather than another (your sofa, for the same example);

-encourage him to go to a particular place (to discover a cat flap, a new litter);